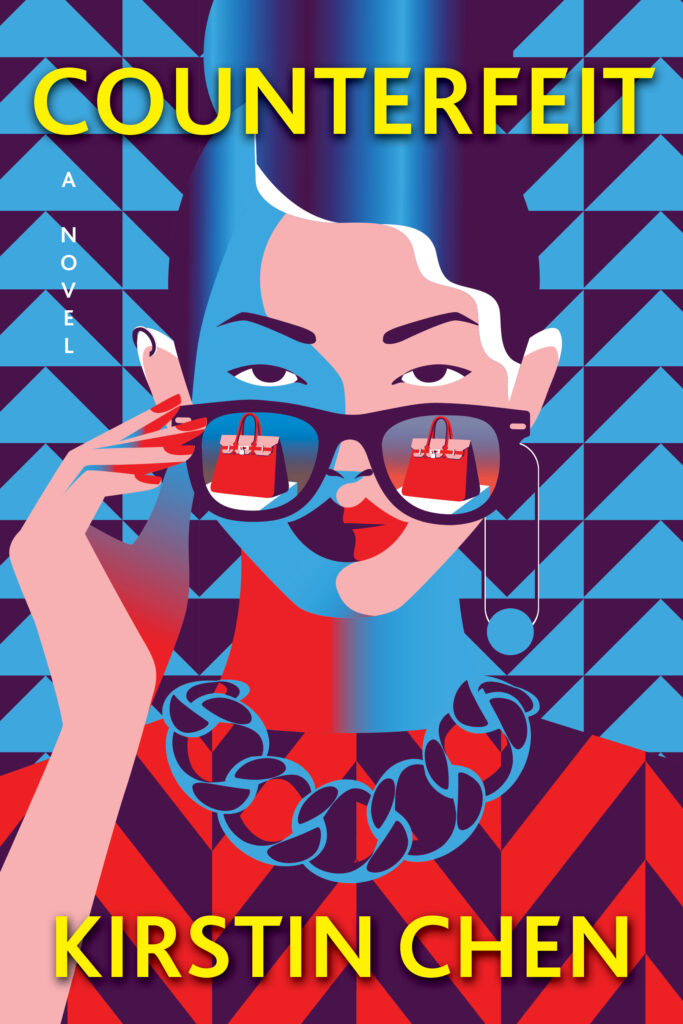 Money can’t buy happiness… but it can buy a decent fake. Ava Wong has always played it safe. As a strait-laced, rule-abiding Chinese American lawyer with a successful surgeon as a husband, a young son, and a beautiful home—she’s built the perfect life. But beneath this façade, Ava’s world is crumbling: her marriage is falling apart, her expensive law degree hasn’t been used in years, and her toddler’s tantrums are pushing her to the breaking point.

Enter Winnie Fang, Ava’s enigmatic college roommate from Mainland China, who abruptly dropped out under mysterious circumstances. Now, twenty years later, Winnie is looking to reconnect with her old friend. But the shy, awkward girl Ava once knew has been replaced with a confident woman of the world, dripping in luxury goods, including a coveted Birkin in classic orange. The secret to her success? Winnie has developed an ingenious counterfeit scheme that involves importing near-exact replicas of luxury handbags and now she needs someone with a U.S. passport to help manage her business—someone who’d never be suspected of wrongdoing, someone like Ava. But when their spectacular success is threatened and Winnie vanishes once again, Ava is left to face the consequences.

Swift, surprising, and sharply comic, Counterfeit is a stylish and feminist caper with a strong point of view and an axe to grind. Peering behind the curtain of the upscale designer storefronts and the Chinese factories where luxury goods are produced, Kirstin Chen interrogates the myth of the model minority through two unforgettable women determined to demand more from life.

“Sly and thoroughly compelling, Kirstin Chen’s Counterfeit illuminates the world of fake designer handbags, as ruthless adventuress Winnie and her upstanding former college roommate Ava build an illicit business out of bravado and lies. Nothing is as it seems, and Chen’s ingenious plot will keep you breathless to the last page.”
-Claire Messud, New York Times bestselling author of The Burning Girl

“Kirstin Chen keeps readers on the edge of their seats as she weaves an addictive tale about the high/low world of counterfeit luxury handbags, spanning San Francisco to Guangzhou. A glittering, provocative read.”
-Janice Y. K. Lee, New York Times bestselling author of The Expatriates